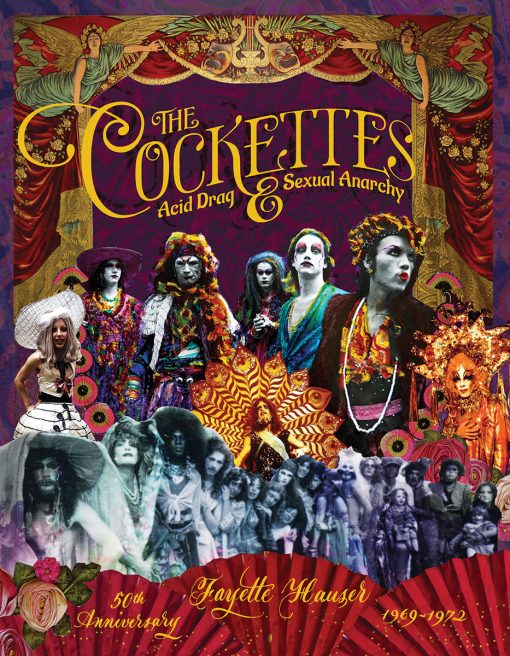 “They were like hippie acid freak drag queens, which is always a good thing!!” — John Waters

The Cockettes were an acid-fueled, experimental, hippie collective performance troupe who, through their theatricality, costume, and communal living, created the singular “High Drag” performance genre known as Gender Fuck.

The influence of the Cockettes on American underground culture is present in every glittery sequin and candy-colored coiffure gracing our daily lives. Birthed in an LSD bathed commune in San Francisco’s Haight-Ashbury district in the fall of 1969, The Cockettes were a fever dream of sexual freedom and expression. They granted themselves names and identities that reflected their inner nature then put it all on the stage with elaborate costumes in anarchic musical productions. Gay, straight, bisexual, pansexual—The Cockettes were EVERYTHING. The photos here are shared from museums, magazines, private collections, and the archives of founding and long-time Cockette, Fayette Hauser.

Author Bio: Fayette Hauser grew up in Asbury Park, New Jersey. After graduating from Boston University, College of Fine Arts with a BFA in painting, like many others of her generation, she headed to San Francisco in 1968. There she was to meet the people with whom she would form The Cockettes, a short-lived yet incredibly prolific collective and cultural phenomenon embodying the revolutionary spirit of the times through radical self-expression, alternative living, free love, psychedelia – and more glitter than you could ever imagine.