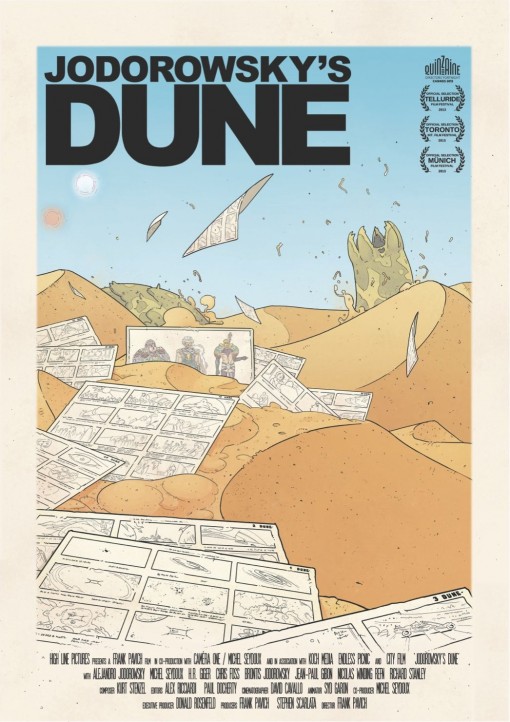 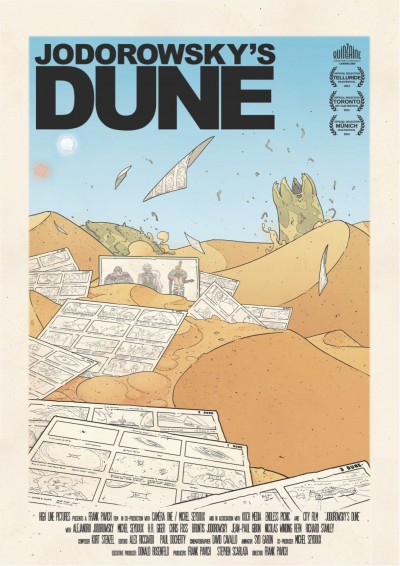 Jodorowsky’s Dune, the new and great documentary, reveals how one man galvanized other geniuses to dream and think larger, put down everything else in their lives, and join forces with him to create the kind of film meant to change everybody’s life in the manner of a psychedelic experience.

Alejandro Jodorowsky and his fellow “spiritual warriors” never made their hugely ambitious version of Dune. And though he had successfully created Holy Mountain, one of the most challenging and life-changing movies ever made, corporate forces did not trust their money — as Jodo calls it, their “shit” —by investing it into a production decades ahead of everyone else.

And because Jodorowsky did not make his Dune, nay-saying conservatives can safely ridicule him, and call him a Don Quixote sort of madman who tilted at windmills. Jodorowsky’s Dune reveals how much this unmade film actually influenced other sci-fi movies the following decade, the Star Wars and Blade Runner in the mythological treatment of our future.

The fearless Alejandro Jodorowsky inspires me. If he’s Don Quixote, I would have been happy to become his Sancho Panza. Jodorowsky’s Dune reminds me that films are a way to activate collective dreams.

And though it’s not really discussed in this documentary, one can see once again how Stanley Kubrick’s 2001, A Space Odyssey was such an astonishing accomplishment.