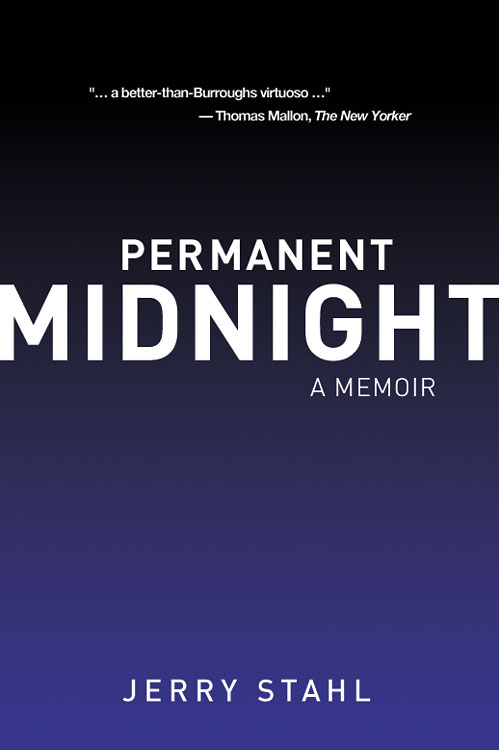 Written by the bestselling author of I, Fatty and Plainclothes Naked, Permanent Midnight chronicles the opiated abyss of a Hollywood screenwriter and his harrowing ascent back into the light. Made into a major motion picture and revered by critics as one of the best contemporary memoirs.

“An extraordinary accomplishment…A remarkable book that will be of great value to people who feel isolated, alienated, and overwhelmed by the circumstances of their lives.” — Hubert Selby, Jr., author of Last Exit to Brooklyn

“Permanent Midnight is one of the most harrowing and toughest accounts ever written in this century about what it means to be a junkie in America, making Burroughs look dated and Kerouac appear as the nose-thumbing adolescent he was.” — Booklist

“Original, appalling, indelible picture of a man trying to swim and drown at the same time. Stahl has nerve, heart, a language of his own, and a ghastly, riotous humor.” —Tobias Wolff, author of This Boy’s Life

“A howl of laughter from the abyss of horror, a comic nightmare from the sick, troubled sleep of (the 20th) century’s desolate end.” — Nick Tosches, author of Dino and Hellfire