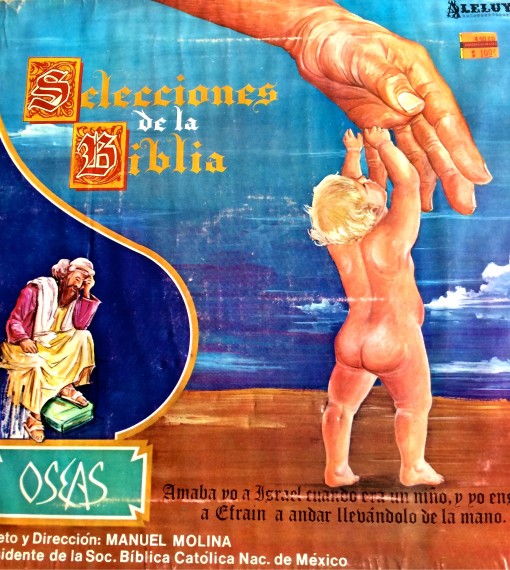 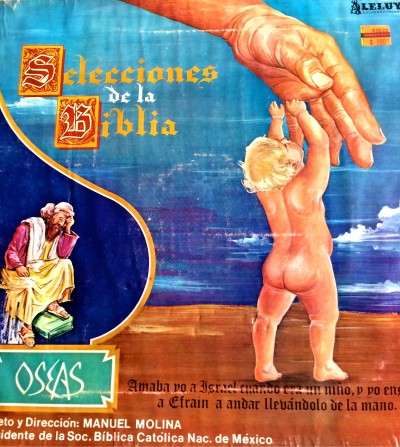 One of the best things about living in freaky, chaotic Hollywood for a month or two is being able to visit Amoeba Music. Today I leafed through the LPs in the Spoken Word and Christian LPs areas.

In the Spoken Word section I found several Caedmon LPs. Caedmon was the British firm that released recordings of famous actors reading poetry and prose. As a child I avoided these sort of what I imagined to be dull adult recordings like the plague, but now curiosity wins.

• “Nonsense Verse of Carroll and Lear” as read by Beatrice Lillie, Cyril Ritchard, Stanley Holloway. Brits at their weirdest. If it’s released by Caedmon you get the sense that it’s all approved by the Queen. Strange. It’s as if the Tea Party released recordings of Lenny Bruce routines.

• Then we have British actor James Mason, perhaps best known as the famous pedophile in Stanley Kubrick’s version of Lolita, reading the Old Testament’s Ecclesiastes, complete with a remarkable engraving by Fritz Eichenberg.

• The secular and sexy gets a workout through Tyrone Power’s impassioned readings of Lord Byron’s “Don Juan,” “She Walks in Beauty,” and “Childe Harold’s Pilgrimage.”

I’m still trying to understand the cover illustration to a four record set of readings from the bible in Spanish. An arm and hand extends down to a plump toddler with a full head of blonde hair.

What motivated the illustrator behind this 1985 LP, “One Minute of Peace”? The record with a mutant dove whose wings are now praying human hands… This creature also stands on a shadow of an atomic bomb. These Christians continue to amaze with crazy covers. 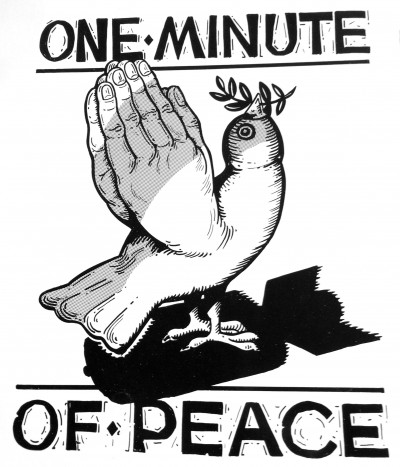 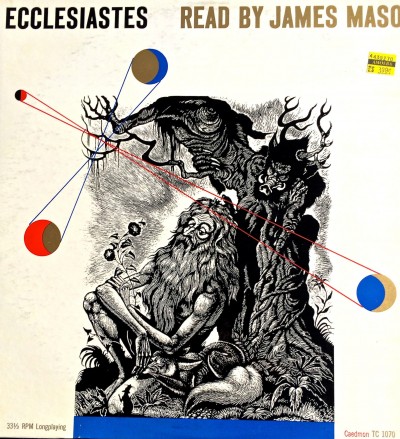