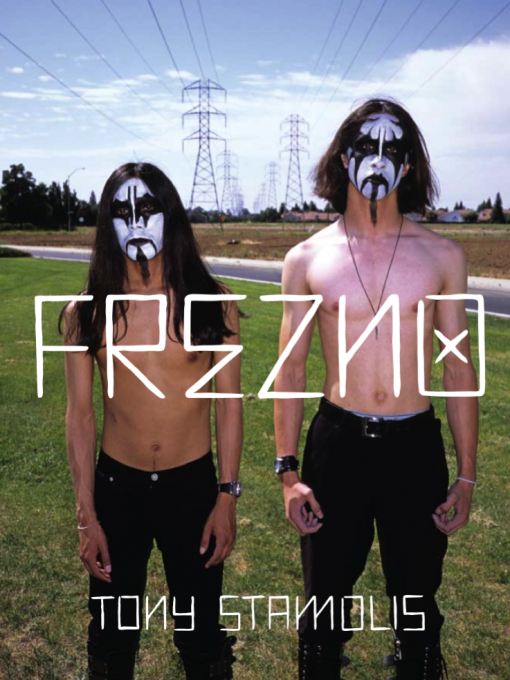 Though it once held the promise of the California dream, inspiring the likes of Steinbeck and Saroyan, Fresno is now the butt of a thousand late-night TV jokes; it consistently comes in next to dead last in surveys of cities with a high quality of life.

This central California teenage wasteland with an ethnically diverse population of Basques, Hispanics, African-Americans, Vietnamese, and Armenians is home to lowriders, empty buildings, dope drops, and one of the highest violent-crime rates in the country.

It is also the birthplace of photographer Tony Stamolis, who spent six years chronicling his strange hometown. The result: a disturbing, humorous, and poignant insider’s view of a post-suburban American badlands.

“I love this book. It’s all in here and the heart of it is Tony’s big true eye. He got it . . . the oddness, meanness, beauty and soul of this sad hilarious, fractured place. Viva Fresno.”— Terry Allen

“It’s girls, it’s cars, it’s America. It’s guns, drugs, and a struggle to find your place in the world. It’s Fresno, and Tony Stamolis has documented it with a fresh, clean look.” — Bill Owens, Photographer and author of Suburbia

“You know that feeling you have when you live in a shitty rural, suburban, or slightly large town in the middle of nowhere and all you want to do is get the fuck out and see some real urban life? Anything that isn’t your boring cul-de-sac and empty swimming pool, and you find yourself in isolation, revolting, and making shit while the rest of the world, including those in urban centers who dictate what’s “cool” and of the moment find what you are doing the in your little town to be far more interesting, rebellious, and exciting than anything that’s being created in the world today and you get a book published, an album produced, or a skate video financed? That is Frezno.” — Evan Pricco, Juxtapoz Magazine