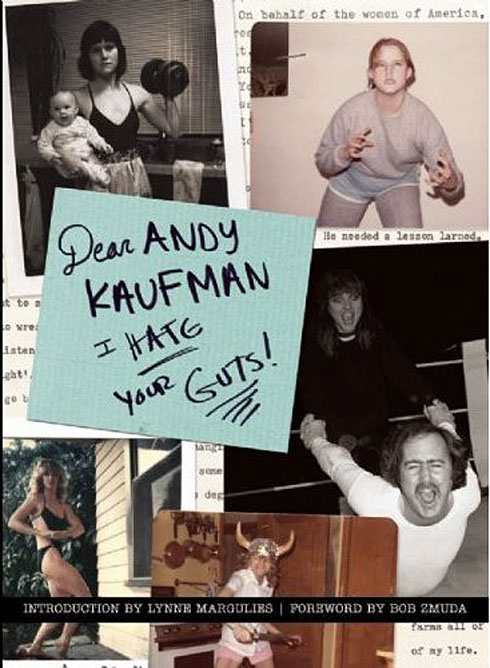 Legendary performer Andy Kaufman provoked national outrage in 1979 by taunting the women of America to wrestle him live on television. Taking on the aggressive and absurd personality adopted by professional wrestlers, he offered a $1,000 reward to any woman who could pin him, with the additional promise that if beaten, he would shave his head bald; later adding that he would even marry the winning contestant.

Hundreds of fired-up females (and a few males) responded to the call, resulting in a torrent of impassioned challenges, hate mail and love letters from would-be wrestling contenders, and Kaufman kept them all. These fascinating and sometimes bizarre hand-written letters, photographs and illustrations from his challengers are here assembled into an astonishing Rorschach of the late, 70s liberated female psyche.

This book commemorates the 25th anniversary of Andy Kaufman’s death in 1984.